I’m thinking about money today. This is not new. Sometimes I think most of my life has been consumed by thoughts about money. Well, not thoughts so much as panic, guilt, shame and worry. 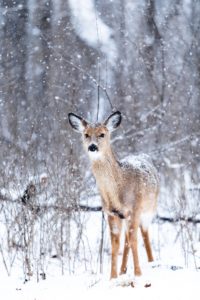 Photo by Teddy Kelley on Unsplash

There’s a heavy snowstorm here in central Maine. I’ve just been standing looking out my attic window, watching it fall on the huge elderly maples, bare as old bones, and the grass and the street and our little black Hyundai car in the driveway.

We found out this morning that the car needs about $1,300 worth of work. Almost exactly what it’s worth. Time to make choices.

We went out to walk, my partner and I. I didn’t cover my head, and when we got home my hair and eyelashes were clotted with wet snow. My son, who had gone out to run errands, was backing into the driveway as we came home. He’d been meditating in a ditch, not being able to get in touch with us, after sliding off the extremely slick road and into a guy wire securing a telephone pole. Some kind soul drove by and pulled him back onto the road. Fortunately, my son wasn’t dented, but the car was. This, needless to say, does not improve the resale value! 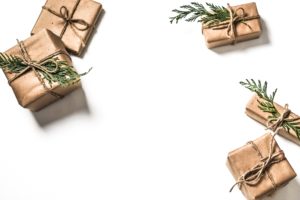 Photo by Caley Dimmock on Unsplash

I also took time this morning to buy Christmas gifts, so I’ve been absorbing all the jingle bells, merry merry and buy buy online. Quite a contrast, all the glitz and glitter, deals and special buys and impossibly joyous advertising, to the silent world outside the window, grey, smoke blue, brown, dark green and the ivory snow. Over the years, I’ve done less and less gift exchange for Christmas. There are only two people left with whom I do it, not because I don’t love giving gifts but because of financial stress and my resentment of the pressure to consume.

I’ve always had a dreadful relationship with money. My earliest understanding of what it was became inextricably tangled with anguish, fear, rage and power issues. As a child, I was always afraid there wouldn’t be enough. As an adult, I was locked in a belief that money defined me. To have money was to be successful, and to not have it was to be a failure. There was a well-known and well-defined path to follow: Graduate high school with top grades and scholarships, obtain a college education in something employable and lucrative, get a job with benefits, and never NEVER touch the principal. If you must borrow, pay off ASAP and stay out of credit debt. Save for retirement, own your own home and pay off the mortgage, take vacations and have a nice car.

However, during my lifetime the world has changed considerably. The middle class from which I came has all but vanished. I didn’t want to go to college, but did it because it was expected. I didn’t get a good scholarship and felt guilty every day I was there, and my guilt was made worse by the fact that the only subjects that interested me were religion, literature, history and the like. After two years, I dropped out. (Note: Dropouts are NOT successful. Ever.) I’ve been working ever since.

Then I got divorced (credit card debt), saved for retirement but cashed a couple of those accounts for emergencies, lost all my investment money to a crooked contractor, never took a vacation or even a plane ride out of my own pocket, and never in my life bought a new car. Retirement? You must be kidding. What are the chances there will even still be social security by the time I’m 65?

This is in no way a remarkable biography, I realize, but for me there’s a red stamp across every page of it that says FAILURE.

I’ve only in the last two years really understood how much power I gave money to define who I am and what I’m (you guessed it) worth. The idea of monetary value, like sexism, is embedded in our very language. There’s no escaping it. In my culture, the failure to make and spend money in ever increasing amounts is unpatriotic, unattractive, unsuccessful and sometimes illegal.

This is all wrong. I feel like the little boy who said out loud the emperor had no clothes.  Everyone was appalled and shushed him, lest the emperor hear and be offended.

I know myself to be an intelligent, heartful, creative, empathetic, honest person. The numbers in my bank account have absolutely nothing to do with those qualities.

The most important things in my life are my healthy relationships. Again, the numbers in my bank account have no influence over my ability to love and be loved and connected. (Hint: A relationship dependent on money doesn’t fit my definition of healthy. Just sayin’.) 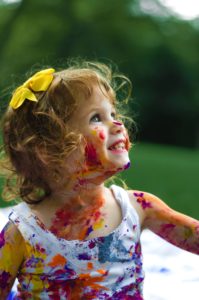 My ability to be present, entertain joy, laugh, create and learn has nothing to do with money.

My enormous talent for life has nothing to do with money.

Unfortunately, our broken system does require money for health care and the necessities of shelter, food and water. To be human is to need these basics. Not having money for them is the experience of increasing numbers of Americans and the vast majority of others in the world. I myself don’t have the money to buy health insurance. Does that mean we’re all failures?

Not only that, but we’re exhausting our global resources and when no amount of money will buy food and water we’ll all starve together, regardless of our bank balances.

So, yeah, we’re going to have to figure out what to do with the car. We’ll have to get a loan and work on finding a good used vehicle that can deal with our weather. It will mean a monthly car payment. No idea how we’ll do it, but I know we’ll find a way. Before that, we may have to do some work on the Hyundai in order to get top price for it.

But none of that is about me, or what I’m worth in the world, or what I can do or be. It’s all just static and distraction. It’s not failure or success, it’s just that cars age out and need to be replaced. If I could go out and buy a brand-new Subaru, it wouldn’t be failure or success, either.  It would be CONVENIENT and LUCKY.

Here are a couple of Christmas presents from me to you. The first is a quote and the second is an old wisdom tale from the Hindu tradition, one version of which is in More Ready-To-Tell Tales from Around the World, edited by David Holt and Bill Mooney, and told by Jim May.

“It is no measure of health to be well adjusted to a profoundly sick society.”

A holy man awoke, as usual, in the hour before dawn, on his mattress of grass. A warm wind moved across the land, bringing the scent of dust, animals, early morning cooking fires and blossoms, fresh and sweet in the cool morning.

The holy man was beginning his morning prayers when an excited young peasant ran up to him. “Master, where is it?”

“I had a dream,” said the peasant, calming himself. “In my dream, I met a holy man at the edge of the village. And here you are! The holy man gave me a precious jewel.”

“Ah, yes,” said the holy man. He bent and pulled from beneath his mattress of grass a ruby the size of his fist. “You must mean this. I have no use for it.”

He handed it to the peasant, who had never held more than two copper coins in his hand. The peasant raised the ruby between himself and the rising sun and his awed face was washed in red shadow. He walked slowly home, his eyes fastened on the ruby. He entered his simple hut and sat down on the dirt floor with the ruby before him.

All day he gazed, enchanted, and dreamed of what the ruby could buy him. He forgot his morning prayers. He didn’t eat, bathe, or take care of his livestock. He didn’t scythe grass for hay. When night came, he didn’t say his evening prayers, make a meal or lie down and rest. He sat before the ruby, worshipping.

The next morning the peasant took the ruby in his hand and went out, searching the fields for the holy man. When he found him, he handed the ruby back to him.

“This is not the precious jewel I want. Teach me what you know that made it so easy for you to give it away.”

2 thoughts on “The Failure of Money”