The Politics of Food: Ideology

This is a third post in a series in which I’ve questioned the relationship between American dietary standards and health and written about my own personal journey with diet. This week I want to focus on some of the ideology embedded in diet and food production.

In the first post, I briefly mentioned vegan bullying. Because of the way we choose to eat, my partner and I spend some time in digital conversations about food. I’ve been amazed about the amount of hostility and hatefulness directed towards people who choose to produce, harvest and/or eat meat. 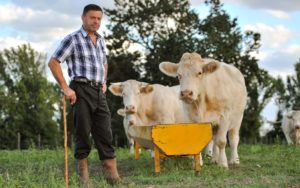 All people need to eat in order to live. That’s a given. I believe most individuals want to be able to feed themselves and their families with high quality, healthy food. Sadly, because we live in a capitalist and consumer culture, this basic need is hugely impacted by financial, political, social and geographical variables. Additionally, diet is inextricably entwined in the religious and spiritual framework of many people.

Add to that a small but vocal group of people who take it upon themselves to judge, criticize, bully, shame and threaten others about their diet, and we’ve got a mess.

Now, there are all kinds of stated reasons why some people think they have a right to mandate what and how we all should eat. Some folks claim to be animal rights activists. Some talk about guilt, as in “What do you do about your guilt about eating the flesh of a dead animal?” Others say cows are killing the planet.

I’m not a science teacher and this blog is not about handing out an academic education, but the cows killing the planet thing belongs under the heading of alternative facts. It simply isn’t true, and a brief survey of science-based permaculture, climate change and basic biologic history demonstrates that. Properly managed, the presence of animals is essential to healing the planet. Believe it or don’t believe it, but for me this is nonsense and I’m not interested in debating it.

The animal rights activism excuse really gets under my skin. First of all, equating eating meat with hating animals is first grade level reasoning. The world is filled with hunters who deeply respect and love the land and the animals they hunt and harvest. They show that respect by protecting the health of wildlife and wild land, doing their best to get a clean and efficient kill shot, using all of the animal they kill and supporting sustainable hunting practices. Of course, there are plenty of the other kind out there, lots of idiot trophy hunters and poachers who need a rack or a pelt in order to feel powerful. I don’t deny it. What I do say is that hunters are like everyone else—some are respectful and see themselves as part of the system we inhabit, and others operate strictly from power-over and see themselves as masters of the universe. 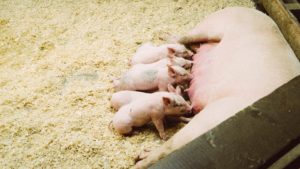 Photo by Greg Ortega on Unsplash

This also holds true for food producers. A small family farm that hand raises meat with love, affection, attention, rotational grazing on healthy land and a good natural diet is a beautiful place. These people love their animals and the land. They also slaughter, butcher and eat their animals. They participate in, understand and respect every part of the cycle, from breeding to table.

To equate something like that with the nightmare of some modern mass meat production is simply ridiculous. If you want to see cruelty to animals, all you have to do is whisper “profit” into the ear of a corporation. Big Oil, the cosmetic industry and the fashion industry are just a short list of entities who have done plenty to destroy animals and habitat, and most people don’t care.

Incidentally, I’ve spent much of my life involved with animal rescue. I’m proud to say that my mother is one of the most talented people I’ve ever met or heard of with animals and she’s largely given her life to making the world a better place for them, particularly horses and dogs, but by no means exclusively. This has all been volunteer work, done out of respect and love for the life in the world that can’t fight or speak for itself. She doesn’t see herself as better than. She sees herself as part of. The animals honor her with their presence and companionship, not the other way around.

So, yes, I eat meat with great enjoyment, AND yes, I love animals. I’m not limited by an inability to dwell in the sacred and powerful duality of life and death.

Bigger than all of this, however, is the guilt aspect, the real heart of this post. A vegan asks, “What do you do with your guilt about eating dead animals?”

For me, this question is much bigger than an issue of diet. The question reflects just how far we’ve strayed from wisdom, health and sanity in this culture.

When did we become amputated from our rightful place in the complex, miraculous web of life around us? What are the roots of the tragic and fatal arrogance that makes us believe we’re in control of life and death in our complex system? At what point did we become estranged from aging, loss, death and decay, which is to say HALF the full, powerful cycle of life?

The guilt in that question is a projection. I don’t have any guilt about eating meat, and I think it’s tragic that anyone has guilt about the necessity to eat. If you pull up a carrot and eat it, you kill it. Every bite of food we put in our mouths is possible because of death. We exist as part of a vital, dynamic and inestimably beautiful and precious system that ebbs and flows, dances, fluctuates, cycles and revolves around life and death. We can choose to act as a unique and valuable part of that system by using only what we need, nurturing and learning from the life around us, and joyfully participating in all the ongoing life-death-life-death cycles around and within us, or we can choose to deny, destroy, and/or desperately try to control life and death, which is a completely fruitless (no pun intended) endeavor. We, thank God, are not that powerful.

The seasons will cycle. New life will be born in the midst of death. The green world will reseed itself, sprout, grow, bloom, fruit and die. The microscopic world and fungi will continue to break death into a rich placenta that sustains the next generation of life. Life is an incredible privilege. Death is part of that privilege. Nurturing life and allowing to die what must is part of what it means to me to be a woman.

I don’t know what’s going to happen to my country, the climate, or the planet. I’m afraid for us all, and the world we call home. What I do count on is the mighty cycle of life and death. All things change. All things move and flow. Nothing ever stays the same. All our fear and desperation, our greed and selfishness can’t change life and death. 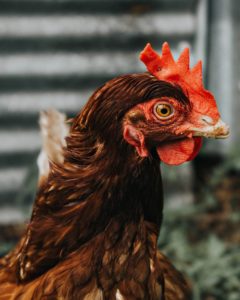 Photo by Andrea Tummons on Unsplash

What I can do is figure out how to best support my body with food. Then, I can make choices about how I procure the food I eat—to some degree. I don’t have the means right now to grow my own meat. However, I can and do buy eggs from a neighbor farmer, driving very carefully into the yard so as not to run over her free-range chickens and ducks. I can take the time to relish and appreciate opening a many-times recycled egg carton and looking at a whole variety of shaped, sized and colored eggs, mixed with occasional bits of straw and feather fluff. I can save money so I can buy a half an animal in the fall from a local small farmer to put in the freezer. I can buy fresh local yogurt, butter, cream and cheese from the farmer’s market.

It seems to me our energy should be going into making sure everyone has adequate food and clean water, and that we treat our food sources, whether animal or plant, and the system within which they grow (you know, the planet? Earth?) with love, intelligence and respect. We all can do something about food. Those among us who are doing the hard and unprofitable (financially) work of growing food on small farms may well hold the keys to our future survival. What they know about permaculture, holistic environments, food forests, sustainability, breeding, planting, harvesting and slaughtering is truly the wisdom of life.

Which is to say the wisdom of death.

Which is to say, again, the wisdom of life.