In the Neopagan Wheel of the Year, Halloween is the modern secular version of Samhain (SOW-in), the last harvest festival, a time when the veil between the spirit and corporeal world is thin and we prepare for the peace and rest of winter. It’s a time to let go of that which no longer serves us. 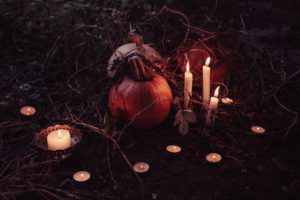 Photo by freestocks.org on Unsplash

This year Samhain was ushered in by the remains of Hurricane Phillippe, which battered Maine and other parts of the Northeast with high wind and heavy rain.

Wind is an old familiar of mine, as the place I came from in Colorado was extremely windy. There, the wind blows relentlessly for days and nights on end sometimes, a steady roar from one direction that fills the air with sand, grit, trash and other debris, frequently exceeding 60 mph and occasionally 70 mph. It’s the kind of wind nobody wants to go out in and it ground away at our nerves, making us feel housebound and irritable enough to climb the walls. It sucked all the moisture out of the ground, the plants and our skin. It tore roofs off sheds, blew down fences and trees, closed vulnerable highways and sent trampolines into the air.

The gale we had here this week was a different kind of wind. It came from all directions in gusts rather than a one-way freight train. It made the house groan and the trees thrash. It tore shingles off the roof and downed hundreds of trees. More than five inches of rain fell in billowing curtains. As a result, many thousands of people lost power, roads are blocked and it may be the end of the week before all the repair work is finished.

The storm hit us in the wee hours. We were awakened by an exploding power transformer somewhere close by, probably because of a fallen tree.

When I went out for my morning walk, I found change.

Several large trees have snapped off and lay or lean, the exposed raw wood pale and jagged. One less tree in a patch of thick forest is a subtle change to my eyes, but to the life surrounding it for several feet in every direction it’s a dramatic turn of events. It changes the light. It changes the nutrient demand underground. It feeds the mycelium and other organisms that will break down the wood. It gives new opportunity to young trees and other plants.

All the trees that came down on our land looked unhealthy, and several were rotting in place and collapsed rather than sheared off. Lots of dead branches were torn away, too, and cones flung far and wide.

As I walked, I reflected on change. Millions of people are experiencing unprecedented storms now. In just a few hours, whole lives are swept away by powers we cannot control. But the wind of change can also be a breeze, a zephyr we hardly notice, even if we practice daily presence with ourselves and our surroundings. Change is always with us, as inevitable as death.

More often than not, I fight with change. I don’t mind the idea of change, per se, but I want it to be on my terms. I want to control it. In my own life, though, change has often come unexpectedly and catastrophically, sometimes in the form of a seemingly insignificant moment in which I suddenly see. I suddenly assimilate a vital piece of information. A veil tears and I discern what lies behind it. In an instant, everything changes, and at the same time it doesn’t, at least not more than usual.

Yet I am changed, and I can never go back.

In a few days, things will normalize in Maine, but the landscape is altered now. It will never quite be the same again, although our experience was trivial compared to Texas, Puerto Rico and many other places.

Walking our boggy fields alongside the river, my old boots leaking at a split seam, it seemed to me the greatest gift of Samhain is the opportunity to allow the wind and storm, to revel in them, to join power and energy with them, come what may in the aftermath. I stood watching the river, filled right to its brim, running muscular and turbid, filled with tree debris and occasional trash. Several tree skeletons that had leaned on its banks were gone.

There can be a glorious sort of power in letting go, in spite of fear and resistance. I discovered that in Colorado. As I walked, it was still quite windy and wet, the landscape waterlogged and disheveled. Halfway through my walk I discovered a tick crawling on my hand, and a quick inspection of my head-to-toe canvas army supply rain cape revealed several more. I scraped off what I could see with a stick while I paused at my second river overlook to watch the water and then navigated a large old white spruce that had fallen across the mowed path and went home to do a lengthy and soggy tick check. The final count was 13, by the way.

Collaborating with a storm like this is good work for Samhain. I’m content. The forest has been culled and renewal will follow. New life will come into every space that was emptied. Our streets and roads, blocked with fallen trees and sagging power lines, look devastated rather than graceful and elegant. Thousands of people are managing without power. Yet the wind cleansed us of dead and dying life, whether or not we were ready or consented.

Now there’s no choice but to go on, to step into the diminishing light of winter, to face whatever the future brings, to replace what no longer serves with something more powerful. I want to leave you this week with a poem I wrote in October, 2012.

Come, wild wind, sweep across the sky and loosen the world!
Rise, wind, blow! I summon you with breath and breath again!
Blow, wind, roar! I command you from the center of loss!
Roar, wind, howl! Fling me open. Tear all the pretty things away.
Peel my lips from my teeth and flay me to pieces.
Lend your voice to mine and scream me into clean bones.
Scream!
Let us sever and rend together!
Strew the tatters of my dreams across stubbled fields and in dusty streets!
Rage, wind, exult!
You think you bend me to your will?
You take nothing I do not surrender.
You weaken and end before I do.
And when tumult has passed I will call myself home from wherever I am scattered.
I shall gather the rags of what has been and shape them into a sail and you shall fill it and take me onward. 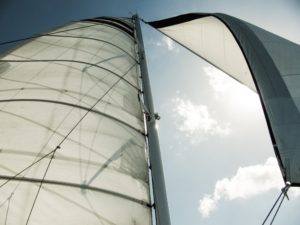