It felt like a slap in the face, and it was unexpected and hurtful. 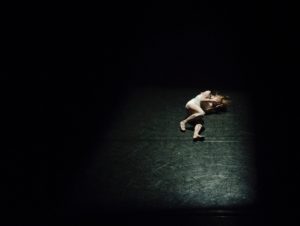 This time I had hard evidence. Over and over again, I checked the timing of contract and closing, emails sent and received, all the fine print. It was all right there, the date my responsibility ended and the date after that of a sudden dissatisfaction I was expected to fix.

I concluded I’d done nothing wrong. On the contrary, I’d consistently demonstrated the kind of integrity I aspire to in every interaction. I went above and beyond. I provided explanation, suggestions for resolution and alternate options, along with names and numbers.

This happened about three weeks ago, and I’ve been thinking about it ever since. It’s a small thing, but it reveals to me how very far I’ve come in healing, growth and wisdom. I now know that I have the power to decline an invitation to struggle. I recognize poisoned bait for what it is, and I know it conceals a hook, and that hook no longer tempts me. I don’t need to waste any energy in defense or repeated explanations. I don’t choose to revisit old bones of contention and chaos. I accept that people think what they think, make up and believe the stories they make up and believe, carry the assumptions they carry, and none of it has anything to do with me. 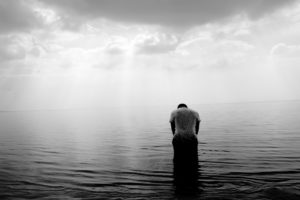 The words on the screen fail to convey the annihilating heartbreak attendant on understanding that someone you care about and even love doesn’t value your relationship enough to make repairs, but arguing with what is has never worked for me, and I think we owe it to ourselves and others to pay attention when people tell us who they are, no matter how devastated we might feel or how much we want to deny.

I don’t think of this as a too-sweet maiden, politically correct, starry-eyed liberal ideology. Neither is it a religious thing for me, or some kind of higher moral ground tactic. It’s not about making nice and giving others the benefit of a doubt, turning the other cheek, or making excuses for why people do the things they do. It’s also not a blanket rejection. I’m perfectly prepared to turn aside into another conversation, activity or form of connection. I’m also perfectly prepared to walk away.

No. This is about dignity. It’s about wisdom. It’s about self-defense and self-care. Explaining oneself once, apologizing if warranted, taking responsibility if appropriate, is healthy, adult behavior. Distortions, refusing to hear or accept explanations, verbal or physical threats or violence, scenes, emotional meltdowns and shame and blame games are signs and symptoms of a dangerously abusive relationship and I’m no longer available.